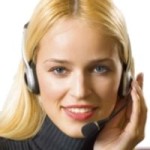 Quincy Flats was once a lake, according to Indian legend. Thousands of cubic yards of volcanic soil were deposited by glacial floods. During the late 1800's, a Scottish nobleman named Lord Thomas Blythe used the arid land of this area only for horse and cattle ranges. The region was opened to settlers when a man named Jim Hill, who was known as the Empire Builder, constructed the Great Northern Railroad in 1892.

Although the community only had the word Quincy written on a sign post, Trinidad was the home of the first railroad camp in the area. In 1900, a man named Joe Clay staked out the first homestead where the original Quincy was located north of the railroad tracks. The year 1907 saw the incorporation of the later business district. Numerous settlers and their families had only one unanimous dream among them which inspired and challenged them all, which was to bring water to the Quincy Valley.

Many different groups of people looked for a way of bringing water by irrigation to their fertile soil. Although numerous surveys and plans were made, when the financing required was considered they always came to an impasse. Many people forgot about their dreams and left the valley after a severe drought resulted in crop failures statewide and their wells went dry during 1920 and 1921. Although it wasn't until 1951 that a small stream of water turned into a flowing canal that brought the community the current prosperity, the federal government was in favor of the 30 year old dream of bringing water to the valley as far back as 1933.

Between 1950 and 1955 the population increased from 804 people to 2,710 people. Once again the area became a dust bowl after numerous acres of sagebrush were cleared. Eventually, the blowing dust was brought under control by the crops and water, which stabilized both the economy and the land.

The rich soil of the area was helped to produce many different crops by irrigation. Wheat was replaced by beans and potatoes as staple crops and another cash crop soon became sugar beets. The first food processing plant was established by two men named Percy Kelly and Erroll Brown in 1965. In 1966, Lamb Weston bought the French fry factory and has since undergone both ownership changes and expansion. Since several food processors outside of the region contract local farmers for cucumbers, carrots, potatoes, sweet corn, and peas, the farmers in Quincy Valley farmers are still supporting a large food processing industry.

Groups of people in the community organized to further improve the living conditions as hardships lessened and there was a stabilization of the economic conditions. During the past 85 years, an especially since the 1950's, many different service and fraternal groups have made several significant contributions to the community. In 1907, the Order of the Eastern Star as well as the oldest continuous organization in Quincy, namely the Masonic Lodge was chartered. Some years later, the Quincy Women's Club was formed, which had its own hall that served as a dance hall on weekends, a library, and a meeting place. The older residents of Quincy can still remember several festive events that took place in the Women's Club Hall. The Quincy Grange was another organization, which offered community and social service functions.

Around 1946, the Chamber of Commerce was established and the Activities Booster Club, Kiwanis, the Moose Lodge, Sigma Beta sorority, the Hospital Auxiliary, the Rotary Club, and the Lion's Club were all also established some years later.

The history of the community Quincy resulted from its history of the dream for its future. The courage of that dream, the ingenuity, and the spirit of community will sustain the residents of Quincy in the future much the same as it has in the past.